Take an Aikido Lesson and Discover the Spirit of Japan

Discover the spirit of Japan with the Japanese martial art "Aikido".

Aikido is a challenging and spiritual martial art that originated in Japan. A primary feature of Aikido is that there are few large strikes since most of the focus goes into throwing and twisting the body in accordance with the opponent's movements. It is also said that Aikido is a martial art for learning about the human spirit, as it places heavy emphasis on peace and reconciliation. In recent years, it has become a popular sport for children and women, as there is no threat of injury unlike other martial arts.

-Learn about the manners practiced in Aikido

Japanese people have customs that emphasize politeness, and Aikido has this same focus in mind. Learning the courtesy required to practice Aikido is to learn the means and wisdom of living. From the etiquette and manners of Aikido, you can learn many lessons that can be applied to everyday life.

-Demonstration by the instructor

Our skilled instructor will present a demo of Aikido for everyone to watch. An important element of Aikido is flexible, graceful body movements, and in the instructor's demo, you will be able to see these movements in action. Aikido consists of over a hundred different techniques/styles. The techniques you and the instructor will practice go a long way towards cultivating a strong body and are even useful as self-defense tactics.

Although there are over a hundred different kinds of Aikido techniques, learning the basic ones allows you to apply and create many different movements. It may be difficult at first, but the instructors will be careful in guiding everyone through the movements, so rest assured that you will be able to grasp the lesson quickly. Once you have a sense of the techniques, it is important to practice over and over for mastery.

In the end, you will be able to show the results of your practice and how much you have grown. Practicing Aikido is an opportunity to learn about and confront yourself, and we hope that the spirit of Aikido will help to enrich your life.

Aikido is often described as "martial arts without fighting". The difference between Aikido and other martial arts is that there is no formal "match". While a match normally involves defeating an opponent, the opponent in Aikido is yourself. In other words, it is a fight with yourself in an attempt to understand the significance of technique and to respectfully judge the body. Confronting yourself rather than fighting with someone is what makes Aikido special.

The nearby Shinjuku Gyoen is a city center where you can experience both history and nature at the same time. During the Meiji Era (1868-1912), Shinjuku Gyoen was built as an imperial garden and, at that time, was treated as a sacred space open only to the imperial family. It is home to a wide variety of plants and around 1000 cherry blossom trees that draw in visitors every spring. The area is open to the public and continues to delight people's hearts as an urban oasis that caters to history buffs and nature-lovers alike. The treasured buildings that incorporate both imperial tradition and seasonal wildlife is just one example. We invite you to visit Shinjuku Gyoen once your Aikido experience is over!

Please enable cookies in your browser to place a booking

Please note: This product is on request. We will confirm availability within the shortest possible time after we receive your order.
Contact us 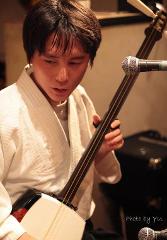